2 Degrees – See the Light or Feel or the Heat

2 Degrees is a feature documentary about Climate Justice. It has been in production for four years, shot in 15 countries and almost $1 million has been invested to date. The film is now ready to be edited with a projected release for mid 2013, and the production team are currently in the process of trying to raise the remaining production finance necessary to achieve this.
Why Climate Justice? The stories revealed in the film are driven by strong, committed characters working hard to create new models for the benefit of both local communities and the Planet. Kevin Conrad leads the Coalition for Rainforest Nations through a high level multilateral maze in their bid to gain compensation for the poorest peoples on Earth so that they may keep their precious tropical rainforests intact. Joy Baluch, Australia’s longest serving woman mayor represents a town which suffers universally from terrible respiratory health problems due to years of living in the shadow of coal-fired power stations. She fights for solar thermal technology to be introduced whilst also struggling for her life. At 80, cancer has its grip on her. The stories are interwoven with poignant commentary from inspired voices within the global climate change community – such as scientist Kevin Anderson, journalist George Monbiot, political commentator Clive Hamilton and charismatic youth leader, 12 year old Xiutezcatl Martinez.
If you are frustrated about what’s happening (or NOT happening) in terms of our responses to climate change this is a great opportunity to take some constructive action and share this message.

If you cannot manage a donation at this time, there is still a lot you can do to help – spread this email and Follow us on Facebook – ‘LIKE’ and then please ‘SHARE’ posts  www.facebook.com/pages/2-Degrees-Movie

Help Green Turtle Films prove that film makers don’t need to be controlled by the Hollywood agenda, or broadcasters’ dumbing down of content….they can get important messages out to the world, take the reins and inspire and touch others through their creative project. 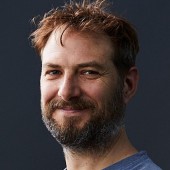 The ‘art’ of climate change communication

Art in a Changing Climate